Stand Up or Step Aside 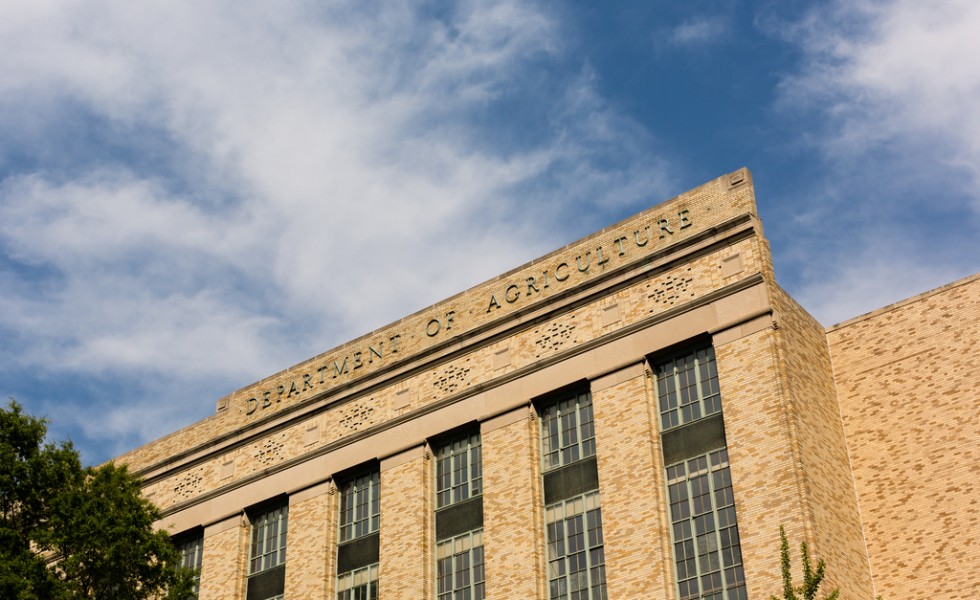 So far back that Bishop, now a 14-term, Democratic congressman from south Georgia, remembers when Perdue, now the Secretary of Agriculture under President Donald J. Trump, was a Democrat.

Their friendship, however, was tested April 9 when Perdue appeared before the House Appropriations ag subcommittee to defend the President’s 2020 budget request for the U.S. Department of Agriculture (USDA). Bishop, as chairman of the subcommittee, oversees every taxpayer nickel USDA receives.

During his question time, Bishop roasted the Secretary’s plan to move two USDA agencies, the Economic Research Service (ERS) and the National Institute for Food and Agriculture (NIFA), out of Washington, D.C. No one, he said, favors the move except Perdue.

Not only that, Bishop went on, Perdue was moving ahead with his plan despite the subcommittee not receiving a cost-benefit analysis of it that the Secretary had promised. In fact, he continued, Perdue’s rush to shuffle ERS and NIFA out of town just “seems to be a solution in search of a problem.”

When asked to comment on those facts—especially that no one with any working knowledge of his plan endorsed it—Perdue went full farmfolksy: “Mr. Chairman,” he said, “I’m just amazed that all those people you mentioned could all be wrong.” He then grinned weakly.

Bishop is the latest public official to question Perdue on his ERS/NIFA plan. All—like Perdue himself—have seen no evidence to support it because, in fact, there is no evidence to support it. Moreover, Perdue can’t explain it in any terms other than nonsense like “getting ERS closer to its customers.” (ERS’s key “customers” are policymakers, not farmers.)

On May 7, however, Politico, a Washington-based news service, reported that the plan was, in fact, the Trump Administration “retaliating” against the ERS “for publishing reports that shed negative light on White House policies…”

Specifically, ERS “has run afoul of… Perdue… with its finding on how farmers have been financially harmed by President Donald Trump’s trade feuds, the Republican tax code rewrite and other sensitive issues…”

Politico then quoted a “current ERS employee” who said Perdue’s push to send the ERS and NIFA packing was “‘retaliation to harm the agency and send a message (from) …the administration.’”

Additionally, the piece continued, the retaliation was “spurring an exodus” of talent from ERS “that included six (economists) quitting the department on a single day in late April.”

None of this matters to Perdue. On May 3—despite Bishop’s April 9 warning that the Ag Appropriation subcommittee needed more information before the Secretary proceeded—USDA announced it had “three finalists for the potential new locations of the ERS and NIFA.”

If Perdue heeds the White House’s worst instincts and continues to retaliate against bearers of bad ag news, the Secretary won’t have much time left to address today’s torrent of bad news. For example:

–Trade wars that the White House continues to ratchet up as commodity prices continue to ratchet down;

–U.S. ag export markets swiftly being overtaken by competitors even as much ballyhooed trade talks (with China, Japan, the European Union…) stumble toward breakdown;

–Saving any legislative goodwill to help secure a likely, even bigger ag bailout this fall.

Each one of those reasons is reason enough for the Secretary to simply let go of a departmental reshuffle he can’t explain and legally can’t do without Congressional consent.

Emerging evidence, however, points to why he’s wasting our time and his credibility in doing it: the White House doesn’t like ERS telling the truth about the effects of Trump’s trade and tax policies.

Looking at today’s farm prices and the bleak future they promise, farmers and ranchers—just like Perdue and the White House—know ERS got it right.

As such, Perdue needs to step away from all the White House claptrap and stand up for rural America. If he can’t, he, like dozens of other Trump appointees, needs to step aside.